25 October 2015 marked the 600th anniversary of the battle of Agincourt, one of the pivotal events in the tumultuous relationship between England and France during the Hundred Years War (1337-1453).

Clay worked with the Royal Armouries and Studio MB developing the AV elements for the new Battle of Agincourt exhibition at the Tower of London.

One of the key defining factors in the Battle Agincourt was Henry V's use of Archers. To give the visitor some idea of how the French army must have felt whist under attack, Clay created a dynamic animated sequence, which combines physics based CG arrows, time-lapse cloud footage and weather atmospherics.

This is combined with a 7.1 soundscape of howling wind, crowd shouting and arrow sounds, which was created from over 12 hours of field recordings taken over thee days at the Agincourt 600 battle re-enactment. The animation is projected onto a suspended arrow sculpture above the central miniature model of the battle.

Road to Battle is an interactive map that allows visitors to retrace Henry V's route across France to the infamous battle at Agincourt, discovering locations along the way as well as seeing how they were chased by the French army.

Combined with bespoke photography of key locations from the route, the interactive uses an innovative slidable timeline to deliver the sequence of events in a meaningful yet compelling manner.

Who Was There is an interactive visual database that provides a searchable index of who was present on the Agincourt campaign, as well as interesting visualisations of the range of people that made up the English army.

The data has been painstakingly compiled by Professor Anne Curry from the surviving musters, sick lists and post-campaign lists in The National Archives, along with the 'Agincourt roll', a copy made in the late 16th century of a now lost document noting men at the battle.

Many different actors have played the role of Henry V, from Laurence Olivier to Jude Law. Henry V in Popular Culture is an animation which shows 19 key actors who have portrayed this character, from 1900 - 2015.

Clay researched and sourced compatible portraits which were meticulously cleaned up and prepared before being animated as an endless ghostly portrait, slowly blending between each actor's likeness over time.

The animation is set to Richard Burton performing St Crispin's Day Speech and projected directly onto the Towers walls to create a powerful ambient presentation.

There are several poems which celebrate the victory at Agincourt, but only one in carol form. Otherwise known as 'Degracias Anglia', this audio piece plays in the gallery, intertwined between the other audio pieces in the exhibition. Clay helped prepare the audio for the exhibition. 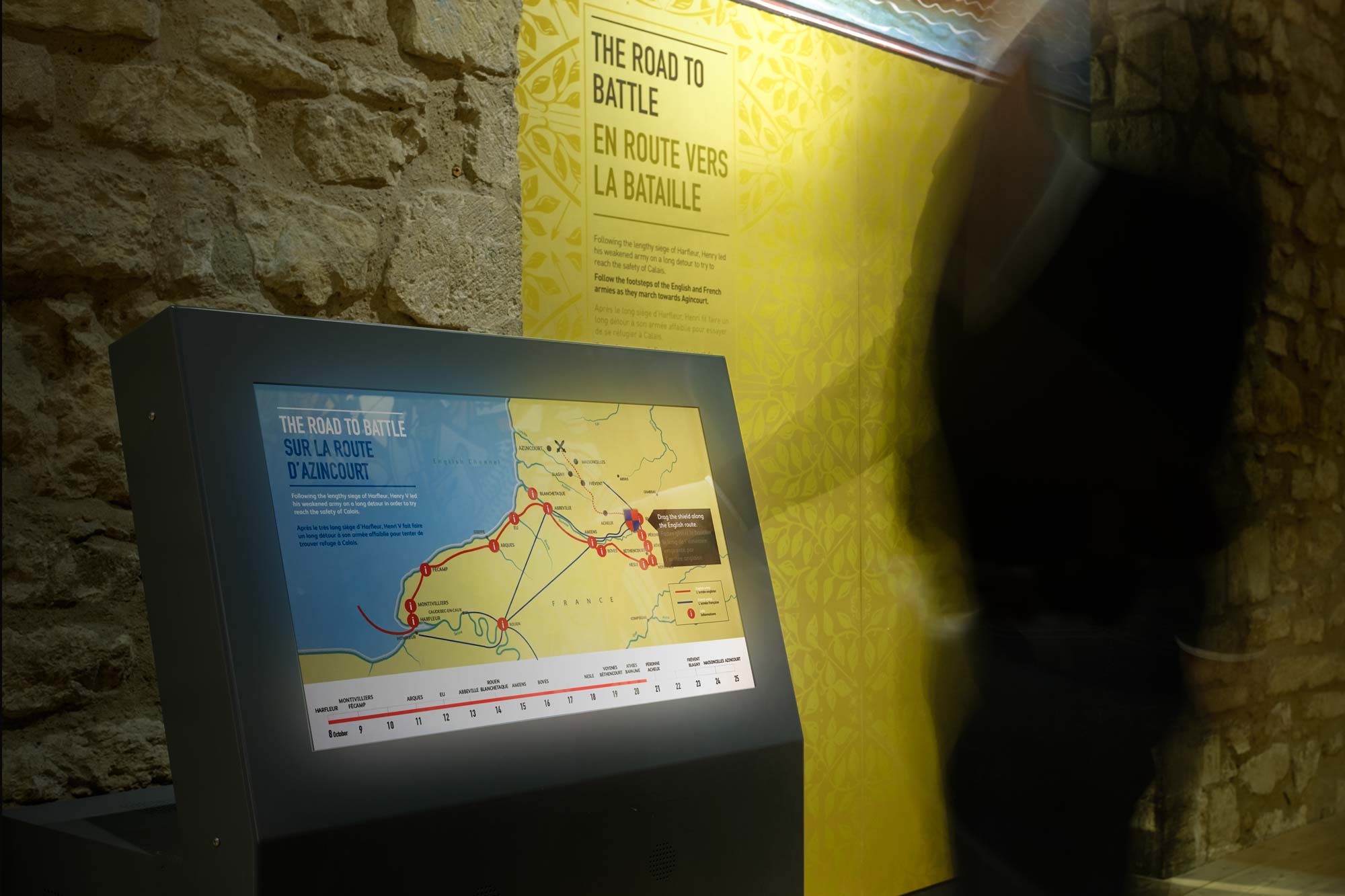