Clay worked closely with exhibition designers Skellon Studio to design and develop interactive and linear digital media for a new visitor centre that sits alongside the original wartime bunker in Hillingdon, London.

The digital media is integral to the overall exhibition design, situating the Bunker both within the broader context of the Second World War, and at the centre of the Dowding System, the world's first wide-area ground-controlled interception network, which proved decisive in the Battle of Britain.

At the heart of the exhibition, with Spitfire and Hurricane bombers suspended above, an interactive Bunker Table allows visitors to learn about the techniques involved in plotting the Battle of Britain defence.

Around the table other interactives and linear media allow visitors to view archive footage, listen to first-hand accounts from veterans, and learn how radar works through physical interaction. Touch screen exhibits allow visitors to explore the bunker in 360 degrees as well as explore databases of veterans of local heroes. 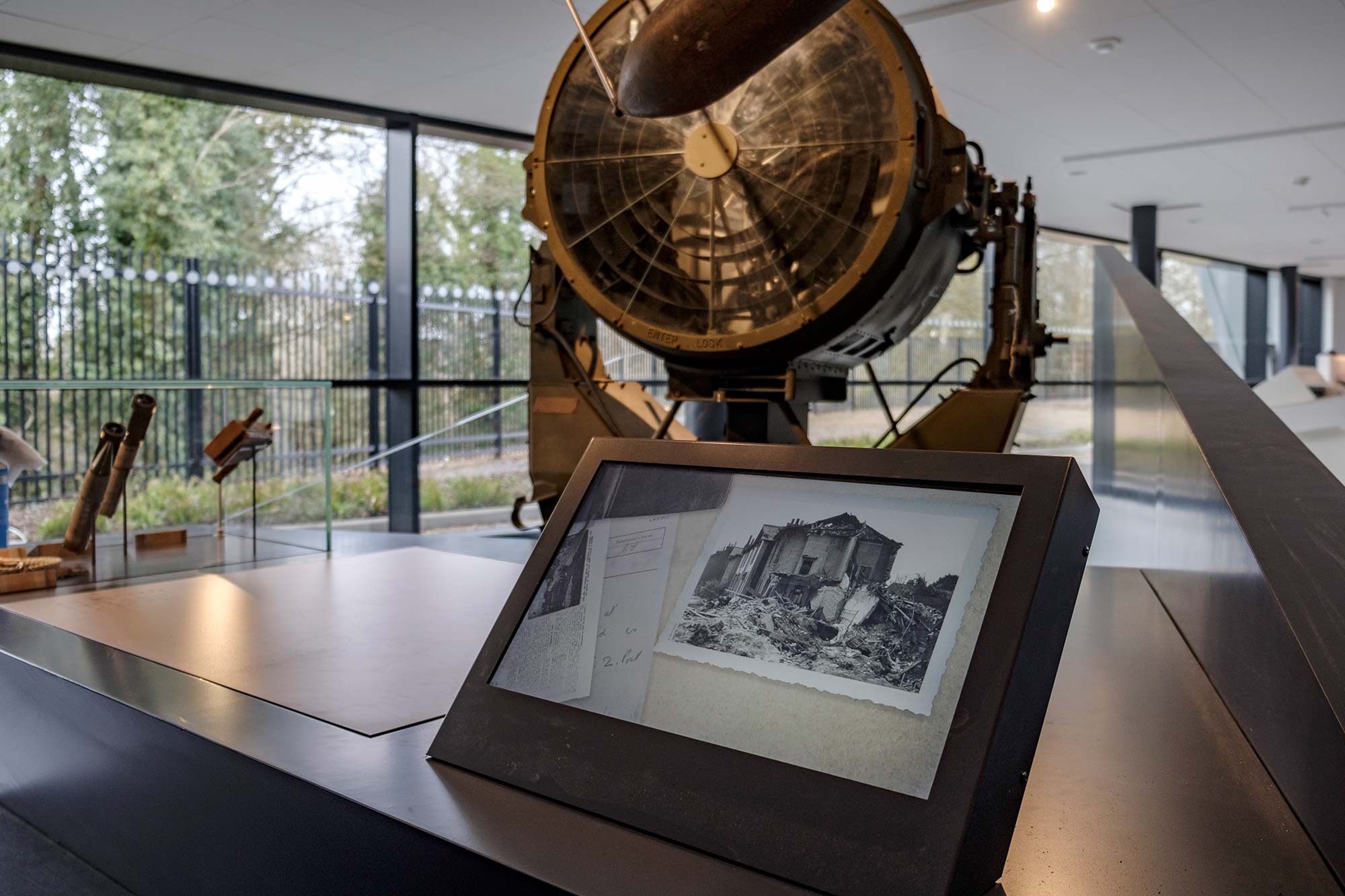