Ancient Egyptian Book of the Dead

This critically acclaimed temporary exhibition in the Reading Room of the British Museum explores the mysteries of the afterlife in ancient Egypt.

Clay used projection on top of graphic panels synchronised with papyrus detail animations to delicately animate and enhance the traditional concept of a graphic panel.

Content was structured and written in a way that encouraged the viewer to engage with the imagery and text on their own terms.

Ambient projections are used to add playful character to the exhibition space.

Scarab Beetles and Scorpions are occasionally seen through the corner of your eye, scurrying around the walls and vanishing just as quickly.

Transformation spells, used for protection on the journey into the afterlife, are seen in action as a variety of creatures transform magically from one form to another.

Large-scale animations were projected into two of the spaces. One highlighting the depictions and importance of Gods found in one long papyrus ‘The Hunefer’, and another wall painting that came to life to tell the story of the moment of judgment of the newly deceased.

3D modeling was used for a smaller interpretation piece. A three-dimensional representation of a tomb found on one papyrus in the exhibition was animated in 3D, projected alongside the real artifact. The papyrus is cut and folded in front of the visitor as each of the elements in the drawing is explained. The assets produced were also used by the museum to create a paper cutout version for children.

Clay created the British Museum’s first iPhone app to accompany the Book of the Dead exhibition.

Should you die and find yourself in the ancient Egyptian netherworld, this app - based on the Ancient Egyptian ‘Book of the Dead’ - will help you negotiate the many dangers that await you, as you try to attain eternal life.

In the app you are led by Anubis, ancient Egyptian god of embalming, through the netherworld, and asked 7 questions. Get them right and you will unlock Hunefer’s Book of the Dead, from the British Museum’s unparalleled collection of Books of the Dead featured in the exhibition. Get the answers wrong, and you will be eaten by the Great Devourer. 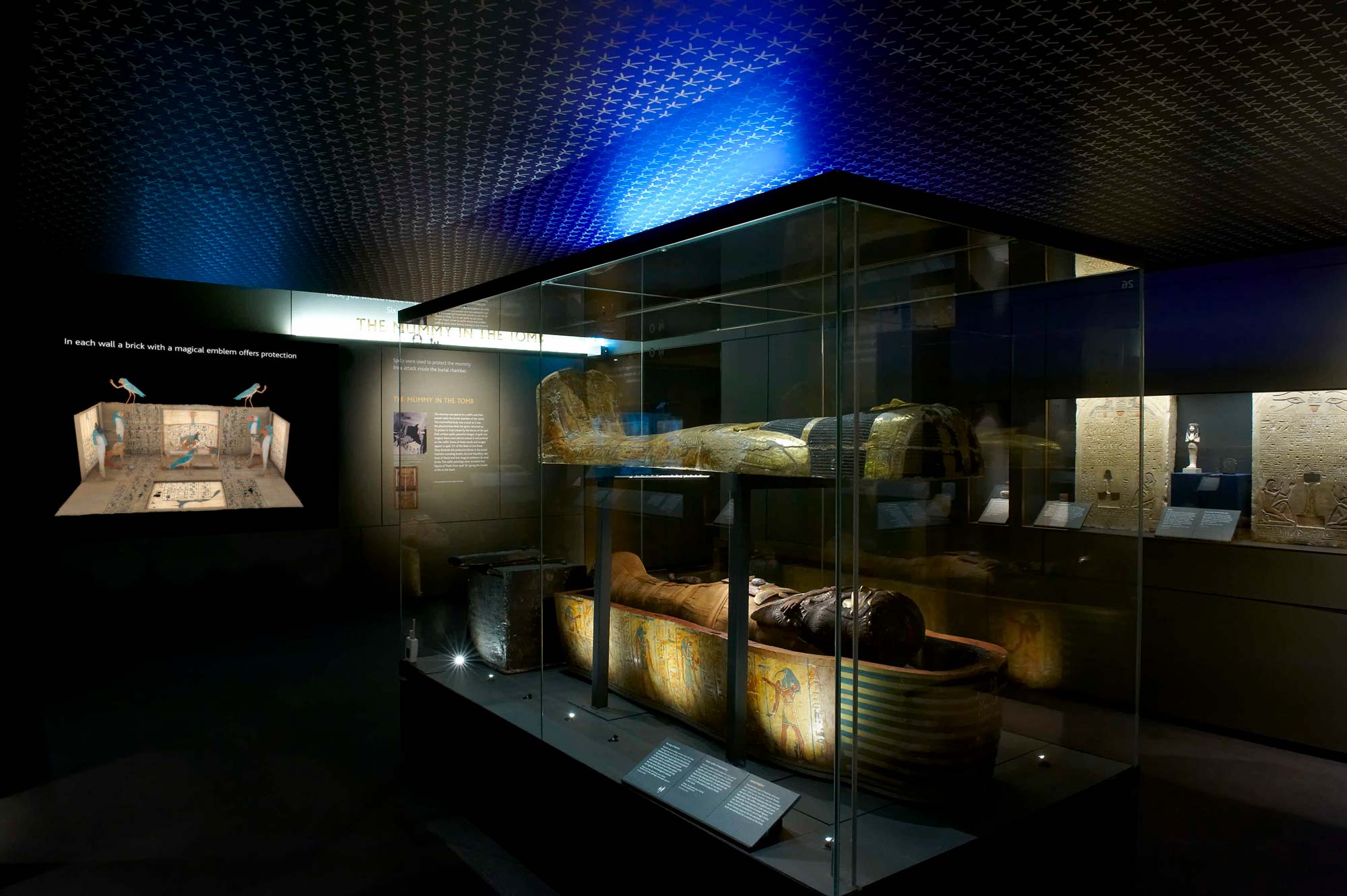