Clay designed and produced three interactive exhibits to update the original fit-out of the Churchill War Rooms from 2005. All three pieces included new set-works and physical interfaces designed by us as part of our interactive concept.

The Big Three focuses on the relationships between Churchill, Roosevelt and Stalin, the three exceptional men whose countries formed the 'Grand Alliance' during the Second World War.

Using projection mapping and specially commissioned physical busts, the shadows cast by the characters are animated as their side of the story is told. Novel buttons allow visitors to light up individual leaders to see how they interact with each other. Different combinations unlock different meetings and locations from the historic period.

Novel Ideas explores Churchill's interest in scientific innovation, new technologies and his enthusiasm to explore new ways of fighting, no matter how strange. Visitors use moveable binoculars to explore the unusual inventions across a VR battlefield. 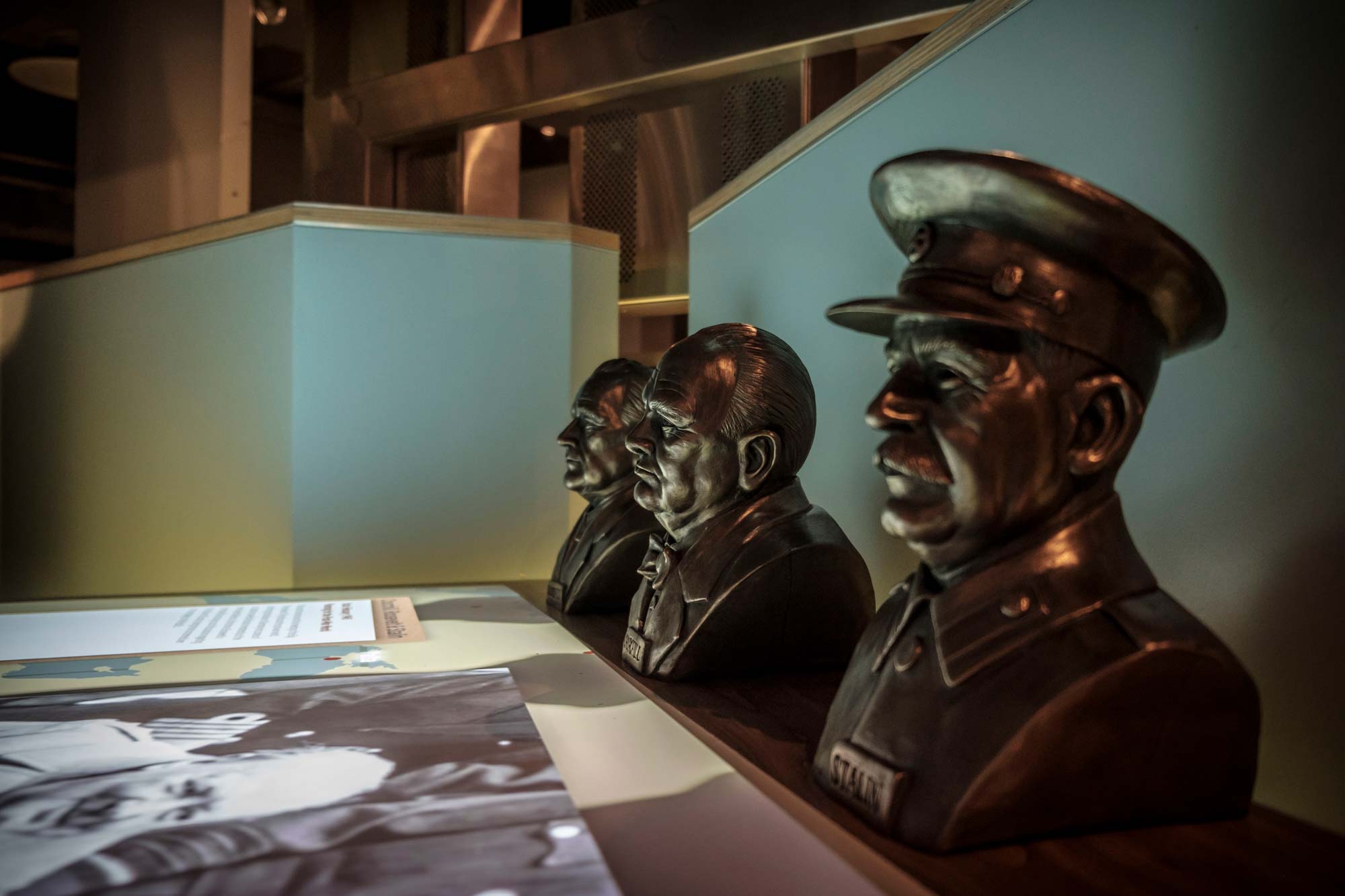