Clay designed and produced animated title and background wall animations for this Hara Clark designed exhibition at the British Library. The exhibition 'Leonardo da Vinci: A mind in motion' was part of a series of international exhibitions that marked the 500th anniversary of the death of Leonardo da Vinci.

Key items on show included the Codex Leicester, on loan from Bill Gates, and the Library's Codex Arundel both of which helped explore Leonardo da Vinci's view of motion as 'the cause of all life'.

The animations are designed to reflect the theme of motion and have a sense of fluidity that playfully animates the space without becoming a pastiche of Leonardo's delicate drawings. 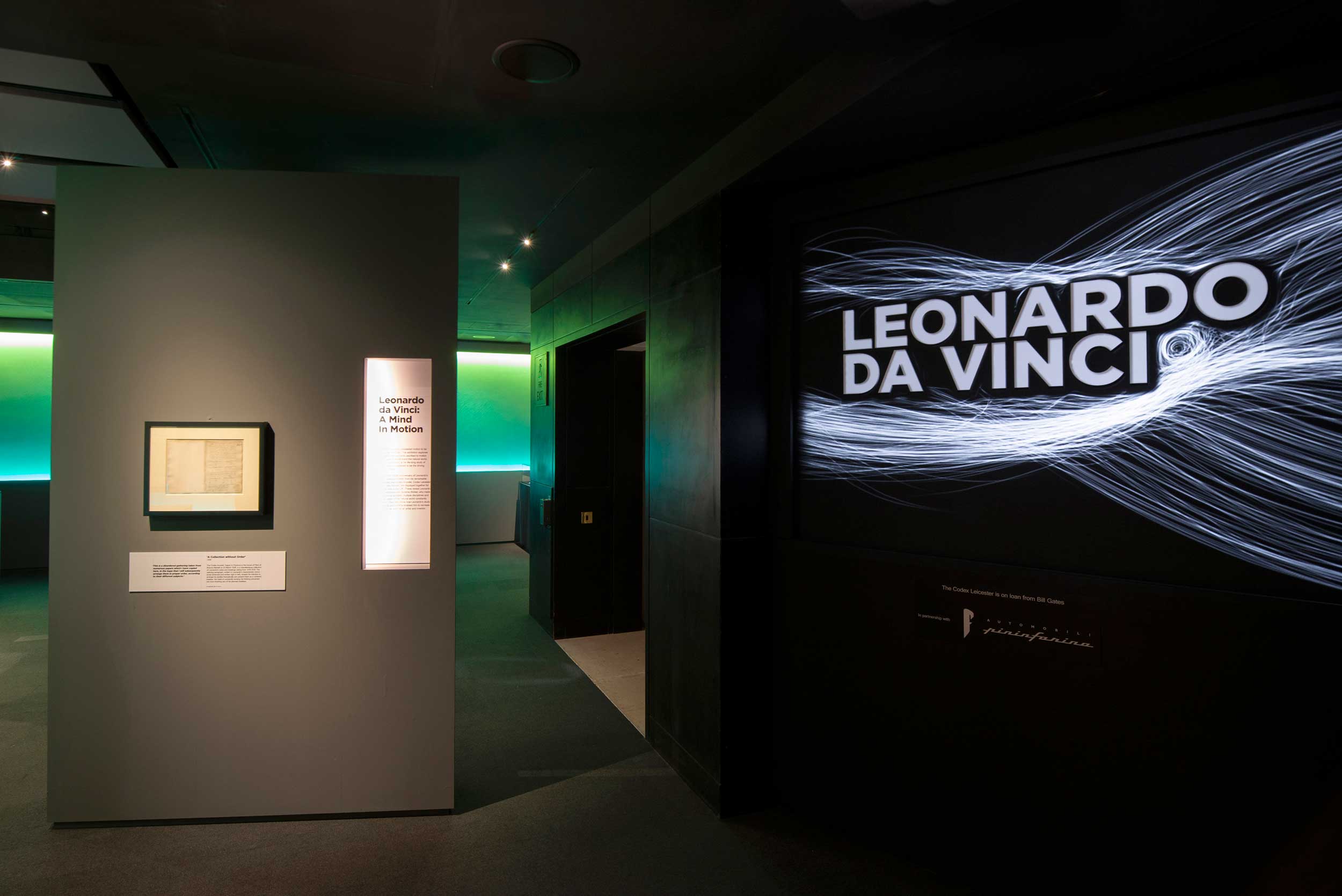