Shortlisted for the 2016 Design Week awards.

With millions of visitors flowing through the pavilion throughout its short lifespan, we wanted to keep the cubes quick and magical, delivering short stories in an enigmatic way.

Our 3D rendered videos play back via custom designed holographic cubes that portray scenes with floating characters against physical models that articulate relevant stories. Visitors can switch seamlessly between Italian or English captions, and show control capabilities allow the media cubes to be used as audience flow prompts, encouraging people to continue on their journey to the next part of the experience.

To accompany each visitor's experience, Clay developed a publicly downloadable mobile app for Apple and Android devices. This app uses the latest in Augmented Reality technologies to deliver re-interpreted vignettes of each of the media cubes stories.

The app also features immersive panoramic environments that transport visitors to amazing locations around UAE, as well as Augmented Reality content that highlights Dubai's hosting of the 2020 World Expo. The app also carried links to family-friendly content and a VIP version is made available to special guests who can access extended content.

Guests to the pavilion are invited to contribute their own performance to the spectacular end show.

Clay developed a bespoke app that captures these performances in real-time, and uploads videos to a central server that integrates them into the projected media. Guests who take the performance challenge see themselves singing alongside the characters in the final show.

Clay also produced the software to enable media playback of a range of small feature films, that integrate with the show control capabilities of the entire pavilion.

In addition, LED lighting installed below the glass flooring beneath the media cubes portrays exciting and realistic animations of environments from around UAE - flowing water and shimmering palm leaves set a dramatic and enticing scene, especially as the sun sets. 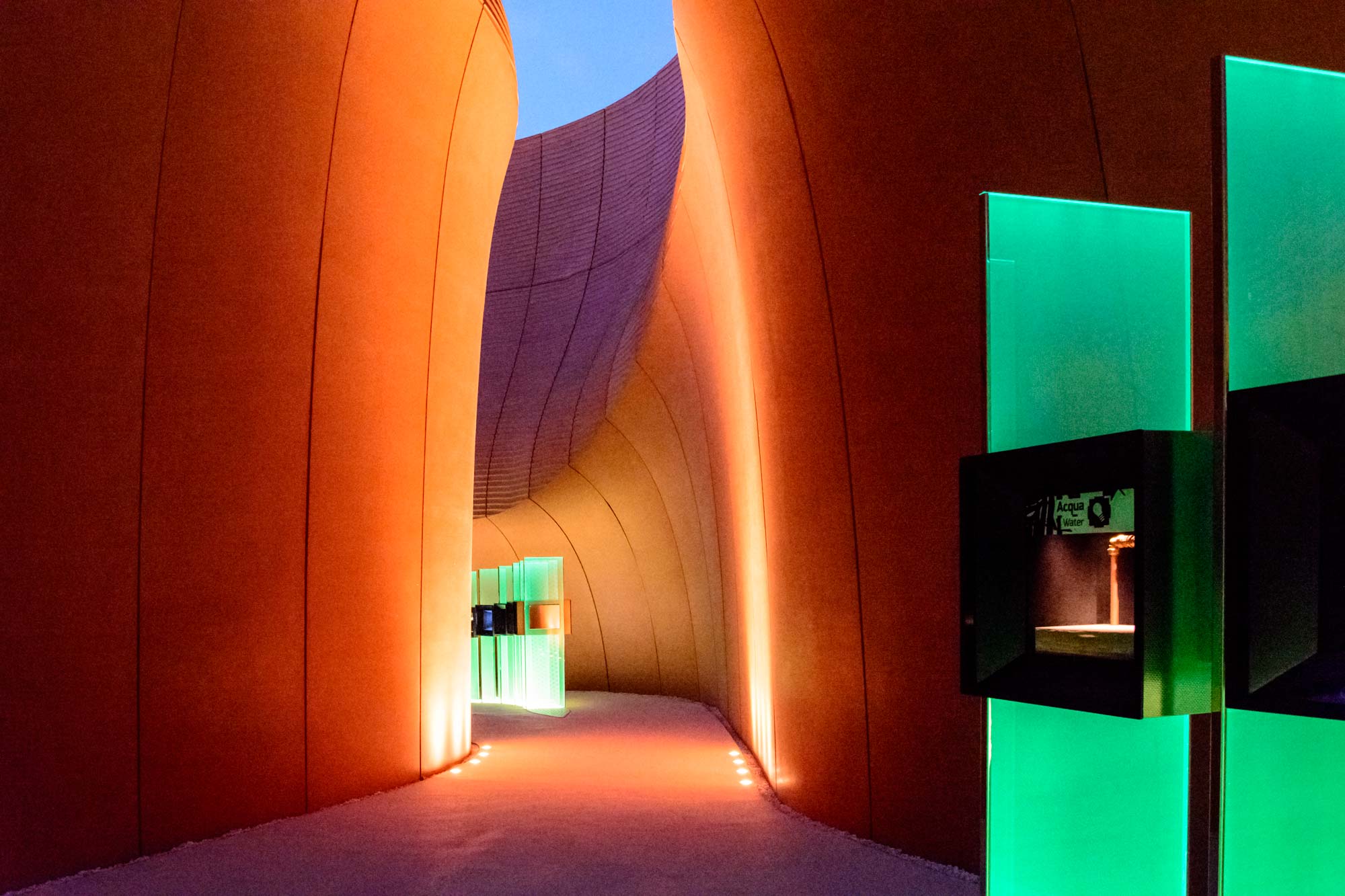