The Library and Museum of Freemasonry
March 2016

Three Centuries is a new exhibition at the The Library and Museum of Freemasonry to celebrate the 300th anniversary of the United Grand Lodge of England.

The exhibition transforms the way in which the Museum conveys the nature of freemasonry, tells the story of its history and shows its treasures.

Clay was appointed to design and produced a series of exhibits that would help deliver these aims using both linear film and interactive technology.

Clay designed and produced two films, one about the history of the central London site, and the other about ceremony and public life.

Collaborating closely with the Museum Curator, Archivist and Librarian, narratives for these films were developed and key archive material was identified.

A consistent design and animation framework was developed to make best use of the variety of assets available. These were combined with new video and photography to create rich, animated motion graphics sequences.

The Symbolism interactive unlocks the symbolic imagery depicted on the Lodge of Hope Floorcloth.

The touchscreen based exhibit allows visitors to explore symbolism in more depth. Visitors decode the meaning of the floor cloth and discover that many of the symbols have multiple interpretations depending on the masonic or non-masonic context in which they are found.

As well as grouping this imagery into thematic sections, additional contextual information is featured for each selection. 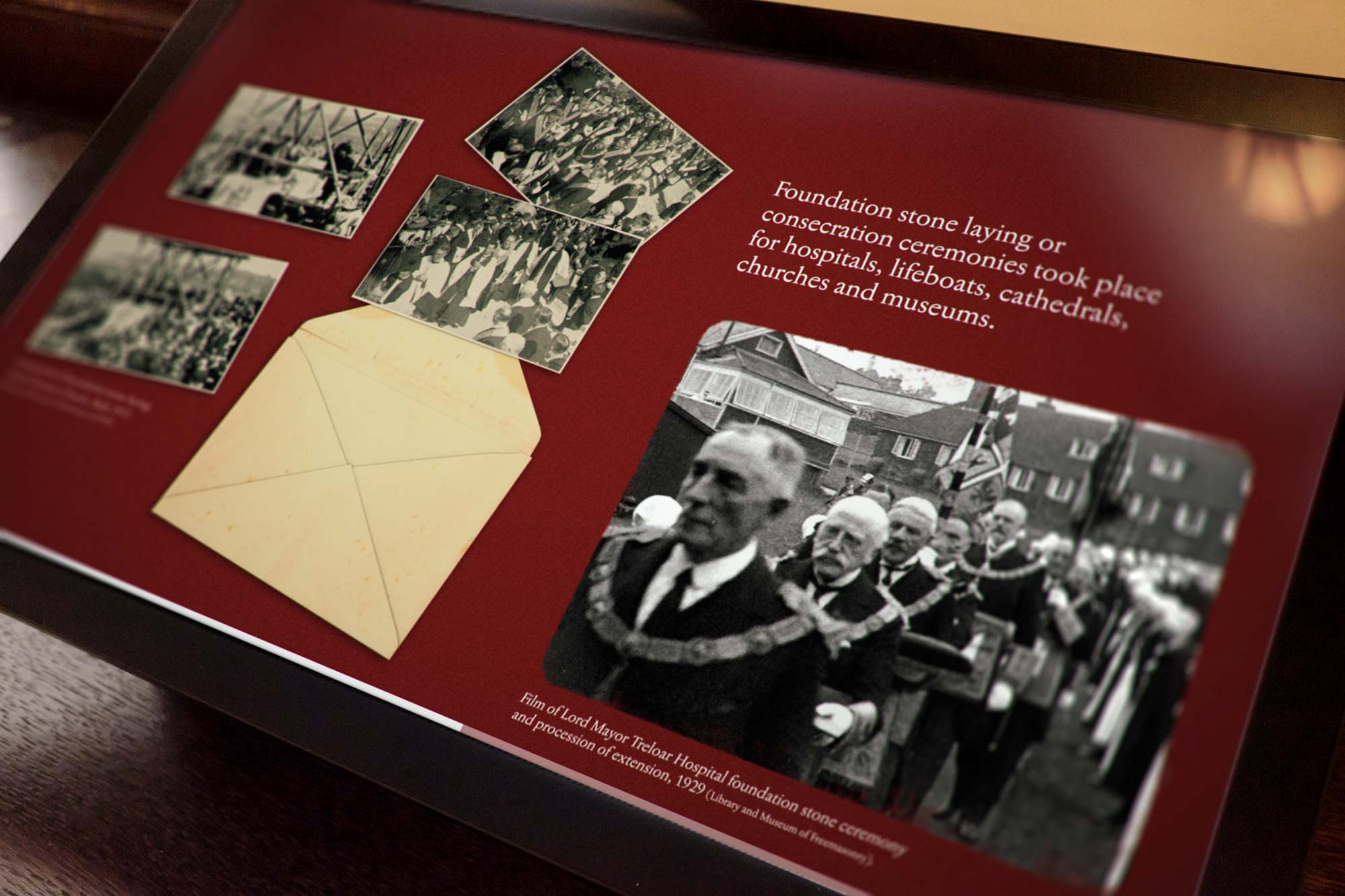