Clay devised and delivered ten interactive software exhibits and fourteen animated sequences for the Science Museum's latest flagship gallery which was opened by Her Majesty the Queen on 24th October 2014.

Responding to the need to simplify potentially complex exhibits, Clay stripped back interfaces to accessible "white card" models of artefacts, with electromechanical controls.

On-screen graphics respond instantly to these interactions, enabling the visitor to 'use' historical devices such as the Morse Key, Cooke and Wheatstone's Double-Needle Telegraph and the Crystal Radio Set, helping them discover first-hand how these devices helped shape modern communications.

Clay collaborated with specialist model makers Berry Place in the design of the physical models, and worked with them to deliver highly robust and compelling physical models that stand in as interactive placeholders for valuable genuine artefacts, on display alongside them.

After producing three iterations of each exhibit that were tested by the Science Museum's audience testing team, the final fluidity and physically tangible nature of the interaction has been described as 'magical'. 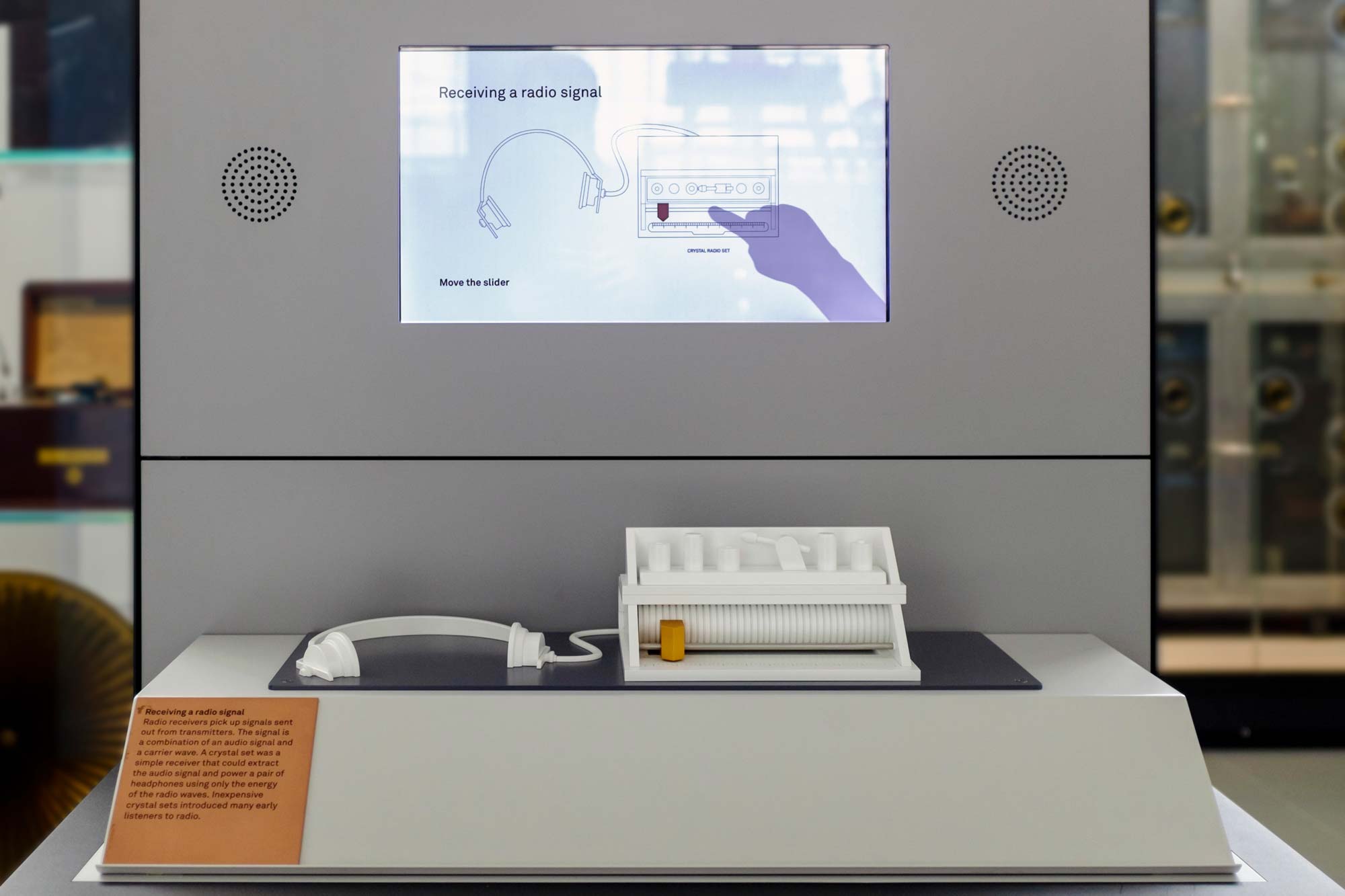 Clay delivered fourteen animations that form a key part of the six sections of the Information Age gallery at the Science Museum. The sequences explain communication technologies such as satellite networks, cable technology and GPS satellites.

With such technical subject matter it was important to keep both scripted and visual content delivery as simple as possible. Where possible concepts are shown rather than just described, and a series of prototype versions of the animations were tested with audiences at the Science Museum.

The 3D animated style used in the sequences was a development of Bibliothèque's graphic design approach used throughout the gallery.