Samuel Pepys was one of the most colourful and appealing characters from history and witnessed many of the great events that shaped 17th century Britain, bringing them brilliantly to life in his famous and candid diary.

For Samuel Pepys: Plague, Fire, Revolution at The National Maritime Museum Clay designed and developed a set of digital diaries that allowed visitors to explore a selection of diary entries. Visitors could translate the diary entries into English by simply touching the shorthand used by Pepys.

Additional popup facts about people and places could be explored, along with a maps of London and Tangiers, and a gallery of key people in Pepys' life.

The exhibition opened on the 20th November and features 200 objects from national and international museums, galleries and private collections.

The Guardian
The Telegraph
BBC News: In Depth 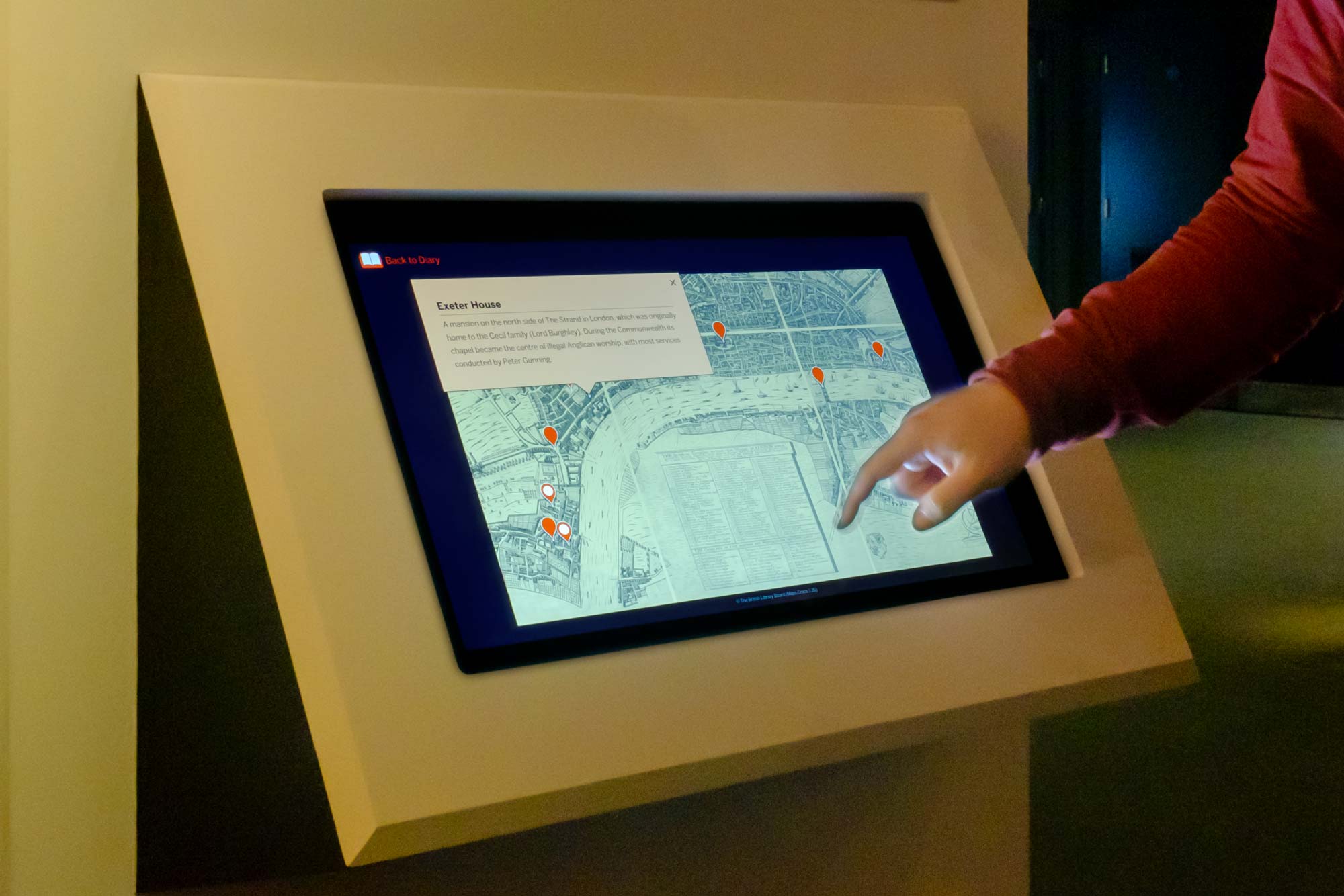