Working closely with the library's team and designers Hara Clark, Clay produced the AV media for this exhibition at the British Library, which takes a fresh look at the Russian Revolution in its centenary year.

Our large-scale animations are projected onto and through the physical structures of the exhibition, creating dramatic moments of atmosphere within the space. The exhibition shows a world disrupted, shocked and changed forever and the dynamic nature of the animations aim to reflect this. The content includes archive material from the library's collections that is featured in the exhibition.

At the centre of the exhibition we created an animated map showing a summary of events during the Russian Civil War, highlighting the complex shifts in territory held by the numerous parties involved.

Towards the end of the exhibition, a series of film excerpts play from floor to ceiling, overlaid with animated titles explaining their significance. The double screen surface creates a subtle 'romantic halo' effect, acting as a reminder that we are seeing staged drama and not documentary accounts (a common misconception). It also allows the rear of the screens to be used to add texture and movement to the space. 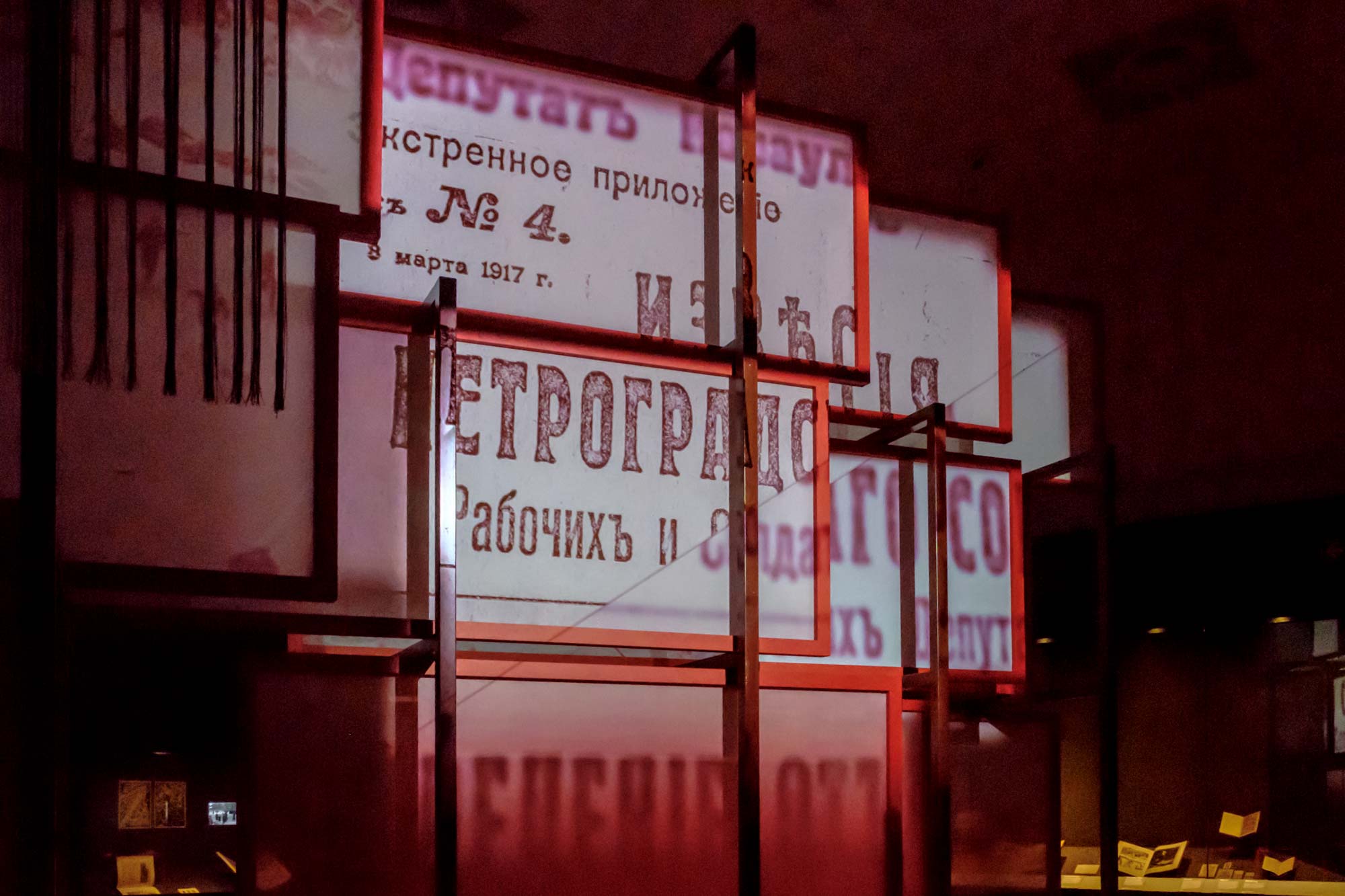